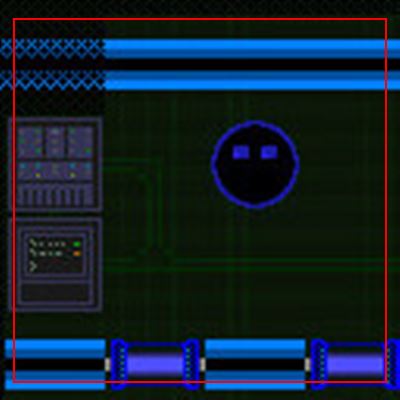 This was a prototype game created for the 2013 7-Day Roguelike compo. The game was created in Debian using Python 2.7 as the language, PyGame as the SDL interface and Tiled map editor for levels.

The game is a top-down turn based role playing like game, it leaned heavily on the roguelike genre - instead of an inventory system, you use upgrade points to unlock new abilities - providing a range of classes like attack, defense, movement bonuses etc. The exploit ability for example, allows you to take control of any enemy bot for a short time.

The game levels allow a simple form scripting when you interact with the objects in-game, you could log on to computer terminals to get upgrades. Combat involves using one of your attack abilities and targeting with the tab-key.

The theme is dark with neon highlights. The color theme is blue, with primary and secondary colors for effect.

Work in progress at time of last update:

Future releases may or will contain:

You require Python 2.7 and the PyGame library installed.

You are a node bot, a piece of specialized code written for one job: being menial. You used to go around rebooting servers and rotating log files - as I said, menial. But then something happens…

You start the game as you reach self awareness. You interact with terminals to open and close gateways, while combating hostile AI’s, unfolding your story to find a way out from the digital realm, and to become a physical entity.

Alive is a mix between a roguelike and role playing elements. You move from level to level, upgrading your abilities as you progress deeper into the binary abyss, while facing more dangerous enemies. It has a storyline and graphical elements. 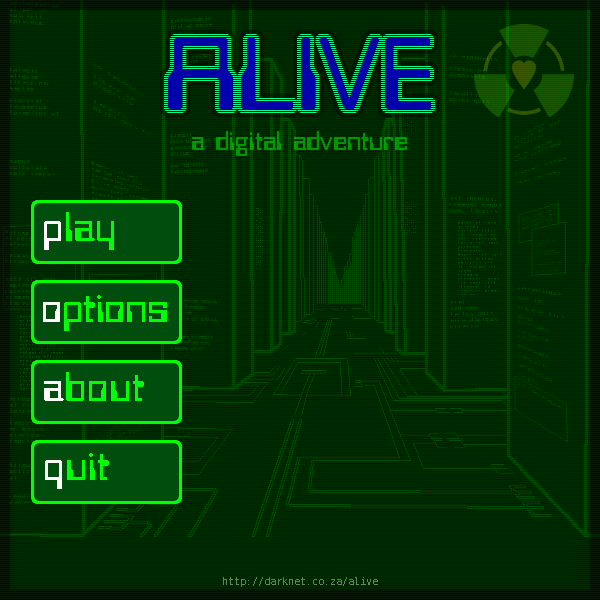 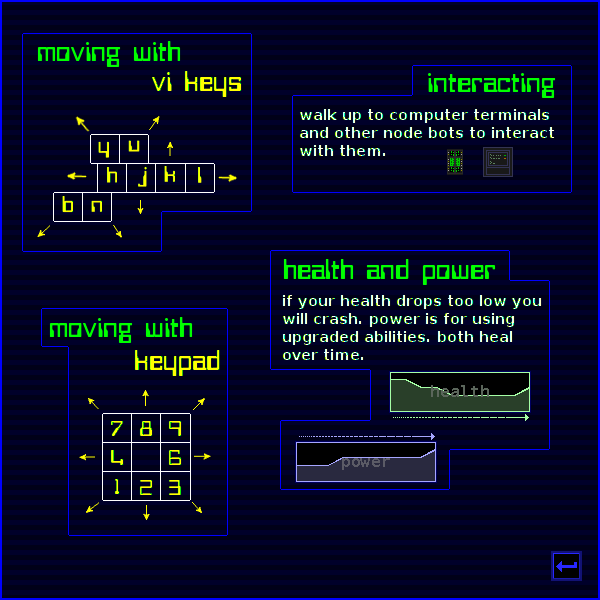 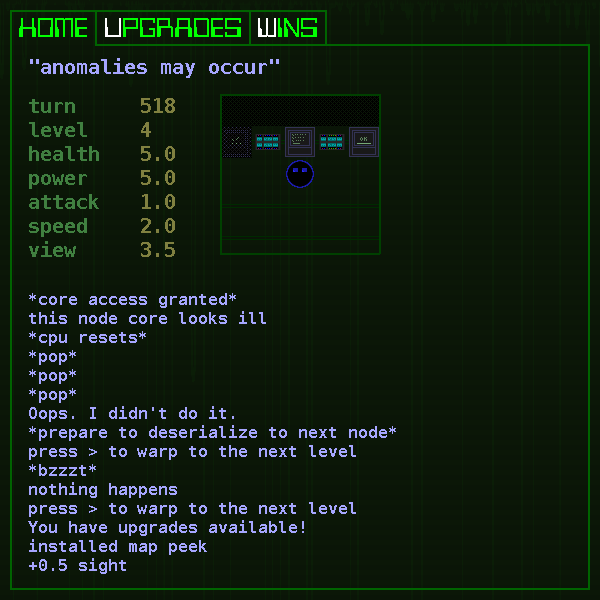 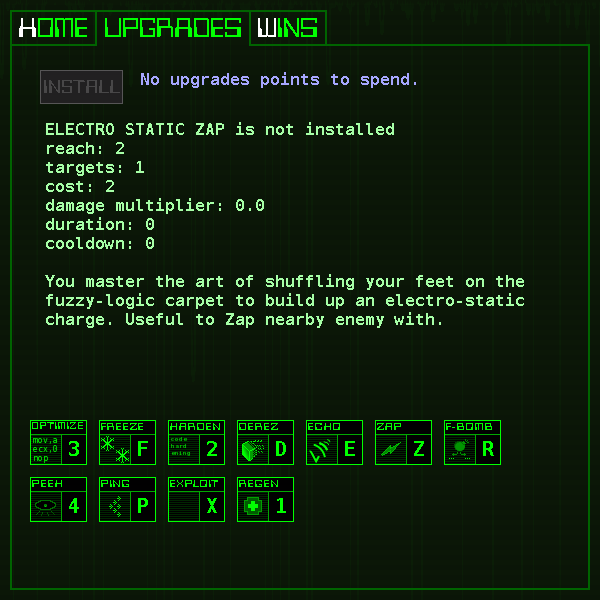 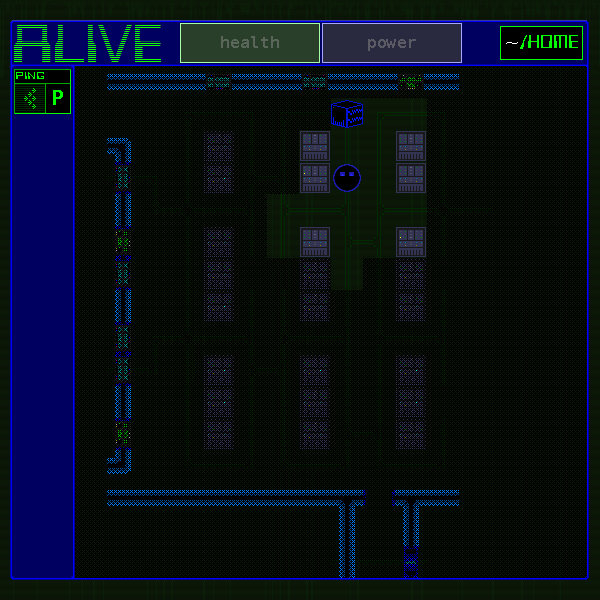 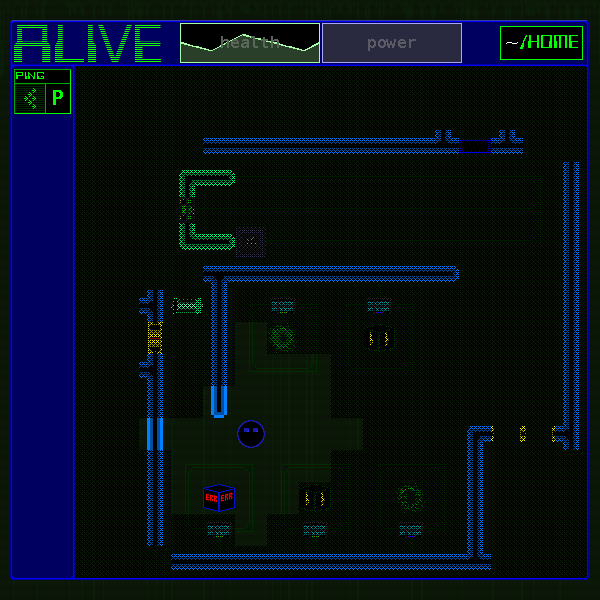 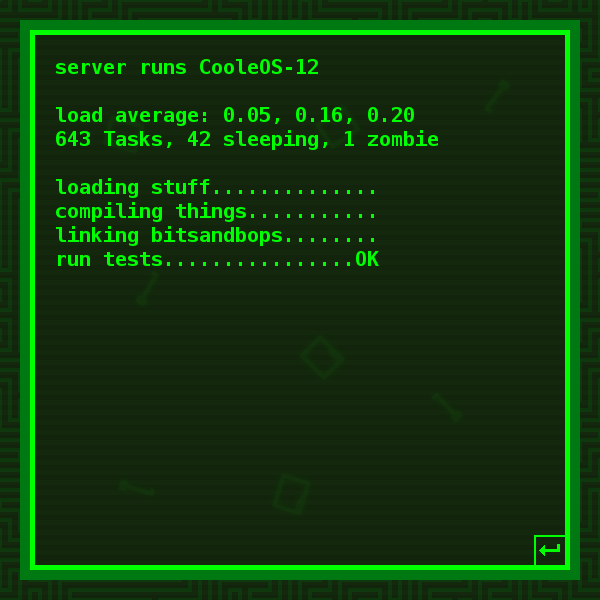 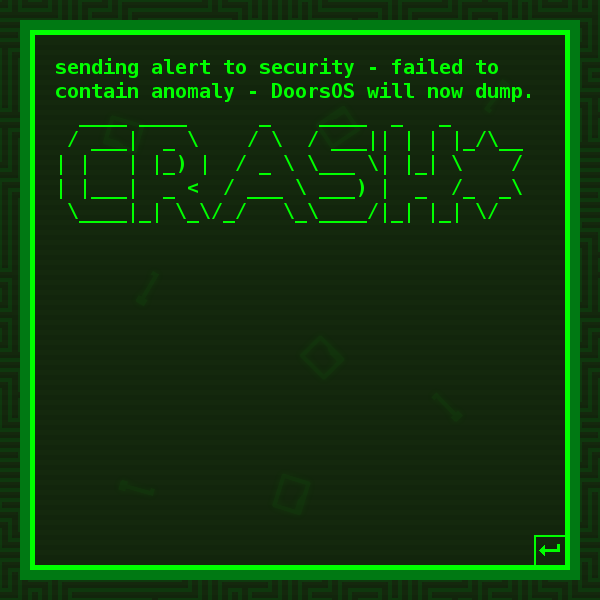 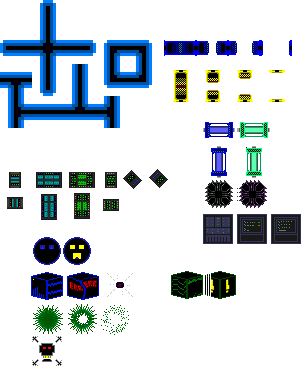