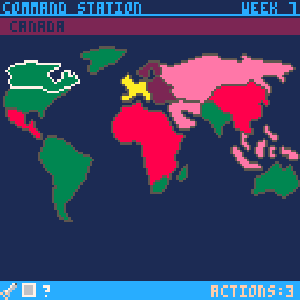 Virulent is a turn-based tactical game where you are in charge of managing a global viral outbreak, and if you are lucky, save the world.

I dedicate this game to every person who has been separated from their family or loved ones during the tragic corona virus outbreak of 2020. We miss you dearly. 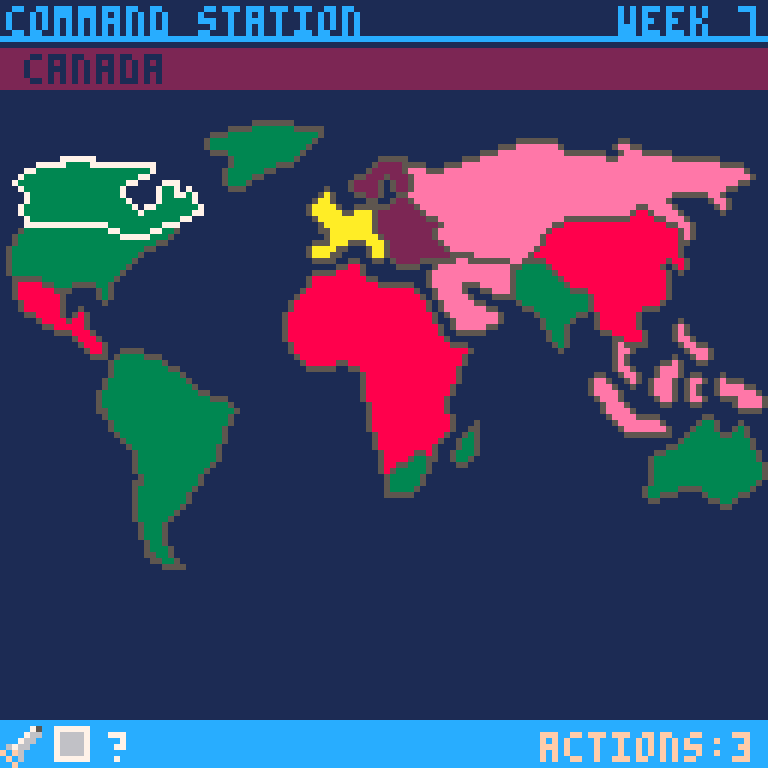 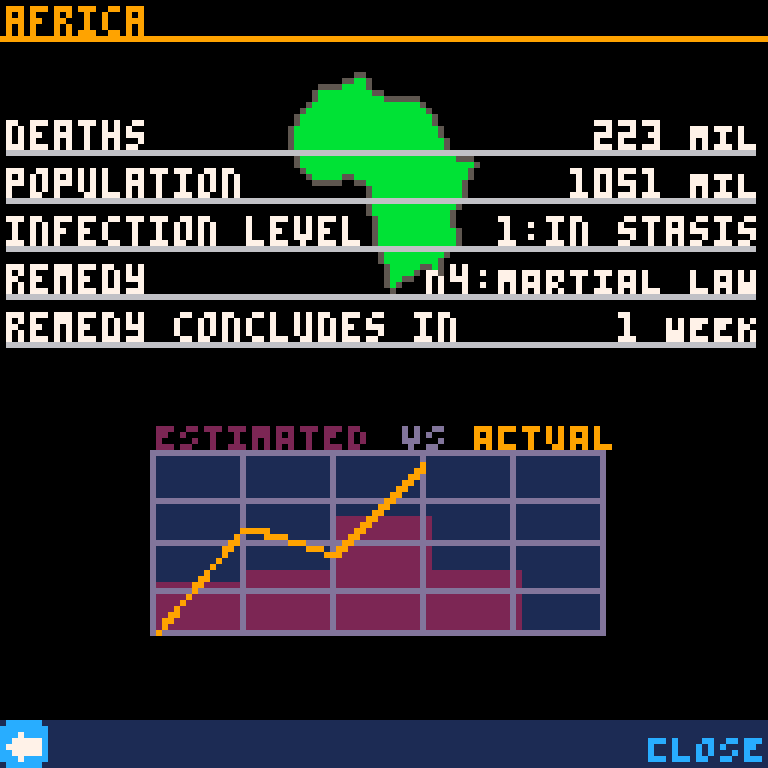 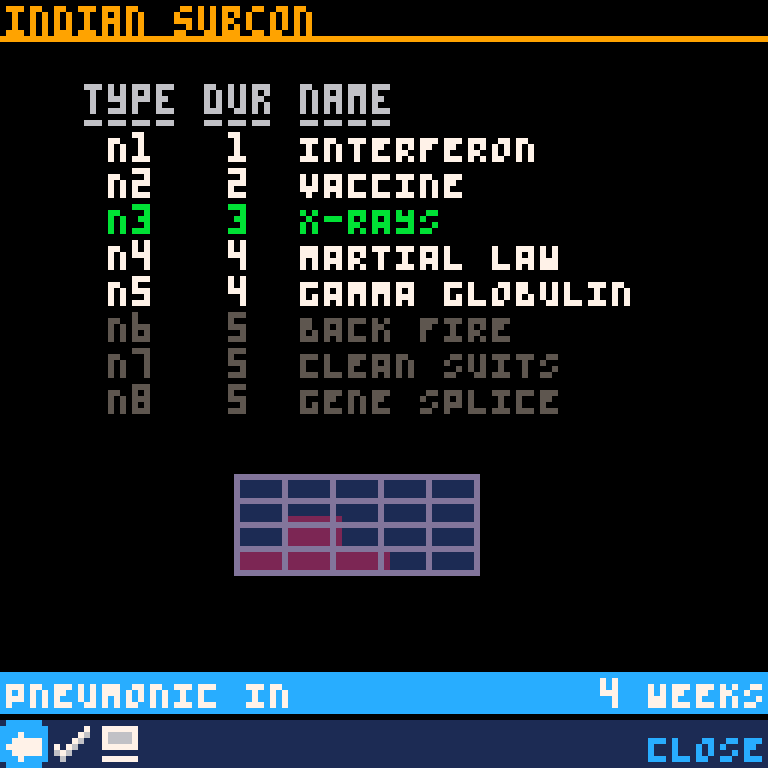 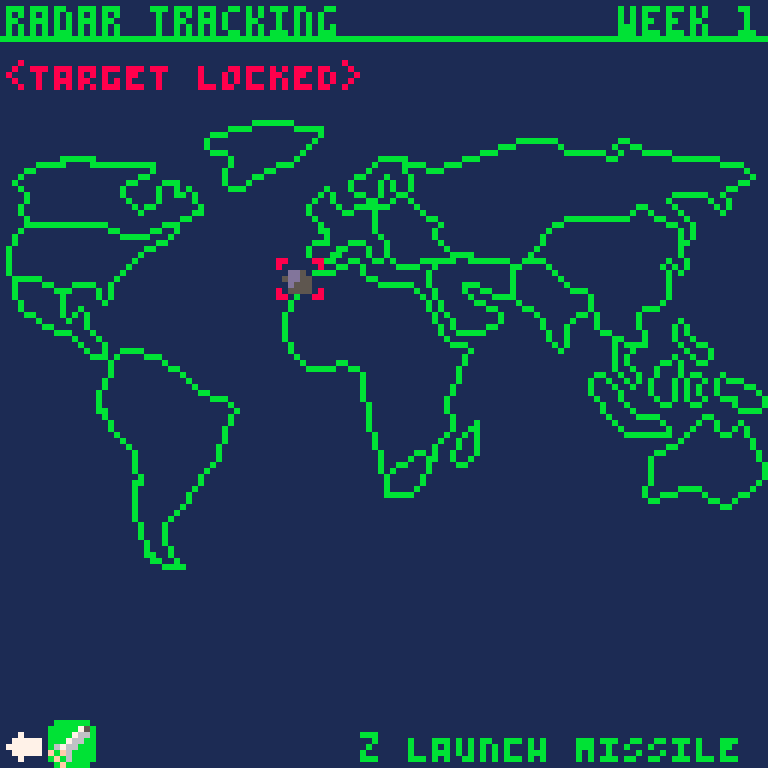 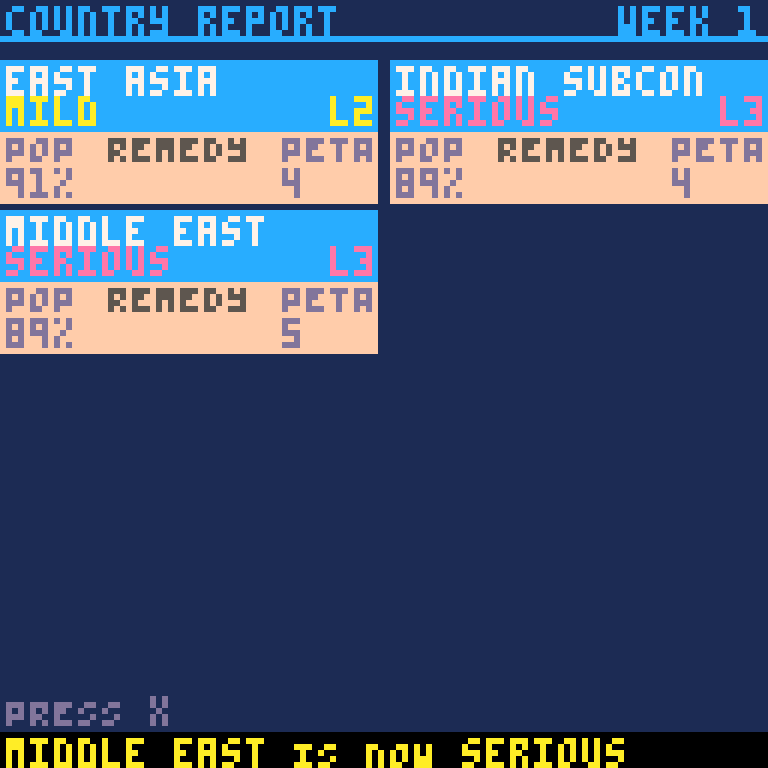 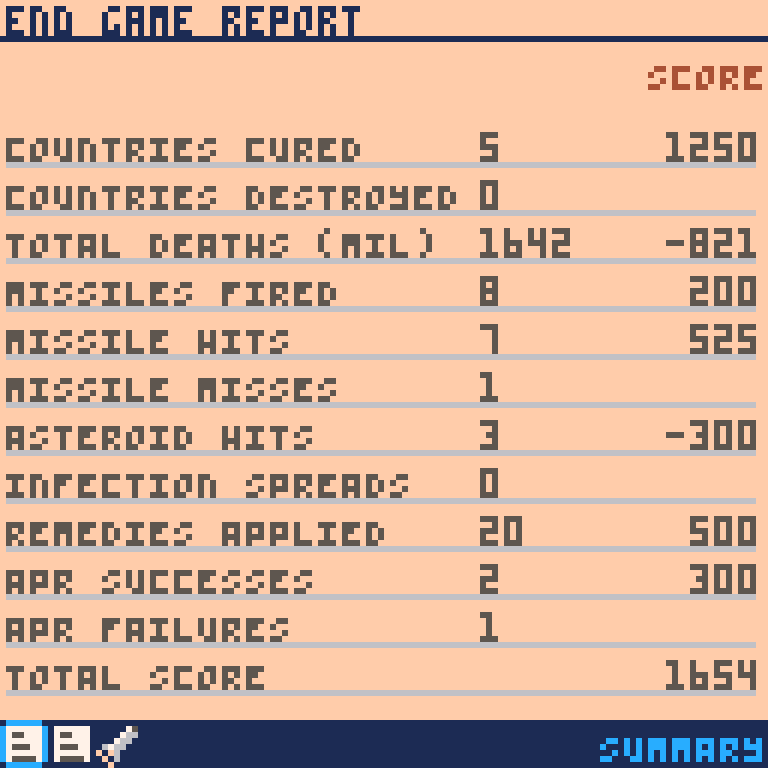 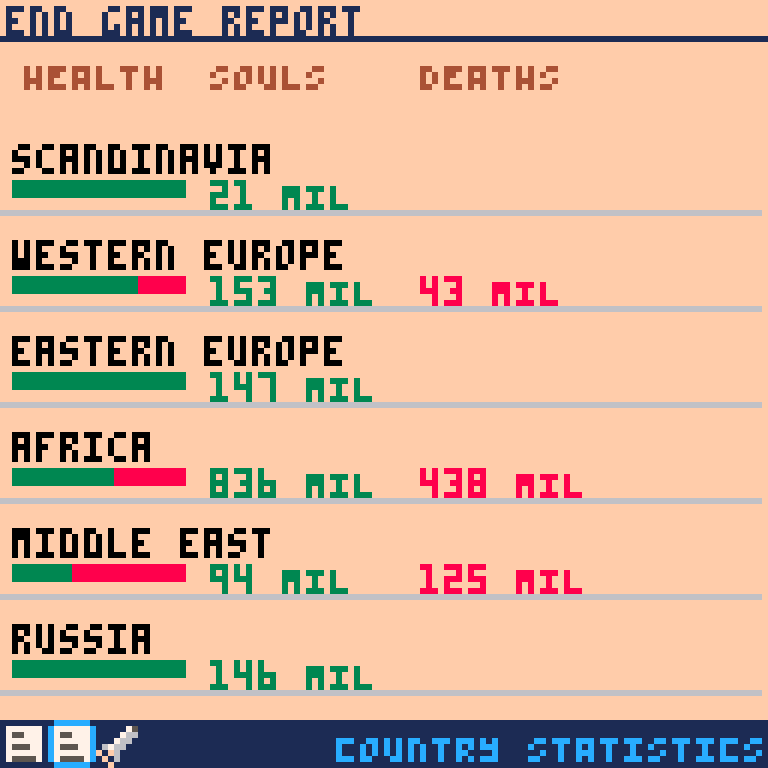 The Löve Release is linked above. You need Löve to run it.

The Pico-8 version is available as a cartridge, also linked above and shown below. You need a copy of the Pico-8 fantasy console to load this cartridge. 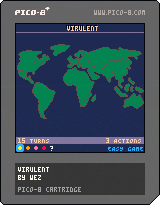 Virulent is a turn-based game where you use action points to manage a viral outbreak on earth. The story is that the earth is hit by asteroids carrying a deadly virus, your task is to launch missiles to prevent any more infections, while administering remedies to infected countries and cure them.

To highlight a country, choose a remedy or select an asteroid:

up, down, left, right arrow keys.

To open country details or press a toolbar button:

On all screens you can use the Z key as a shortcut instead of using the toolbar.

The toolbar is located at the bottom of the screen. Use the arrow keys to highlight a button, and X to press it.

On the Command Station screen, press the down key to focus the toolbar at the bottom. To return to country selection, press the up key.

Instructions are in-game. Choose the Help toolbar icon to read them.

Virulent is a remake of an Atari game called “Epidemic!” by Steven Faber (1982).

I started the project in July 2020 for the Pico-8 fantasy console. It took 4 weekends to complete. I referenced the original game manual to derive the game mechanics. I updated the world data to reflect modern country names and statistics, and added three new countries - Madagascar, Southeast Asia and South Africa.

If you would like to play the original game by Steven Faber, you can find the Atari version from myabandonware.com and use an emulator like atari800. The DOS version is not playable, in my opinion.